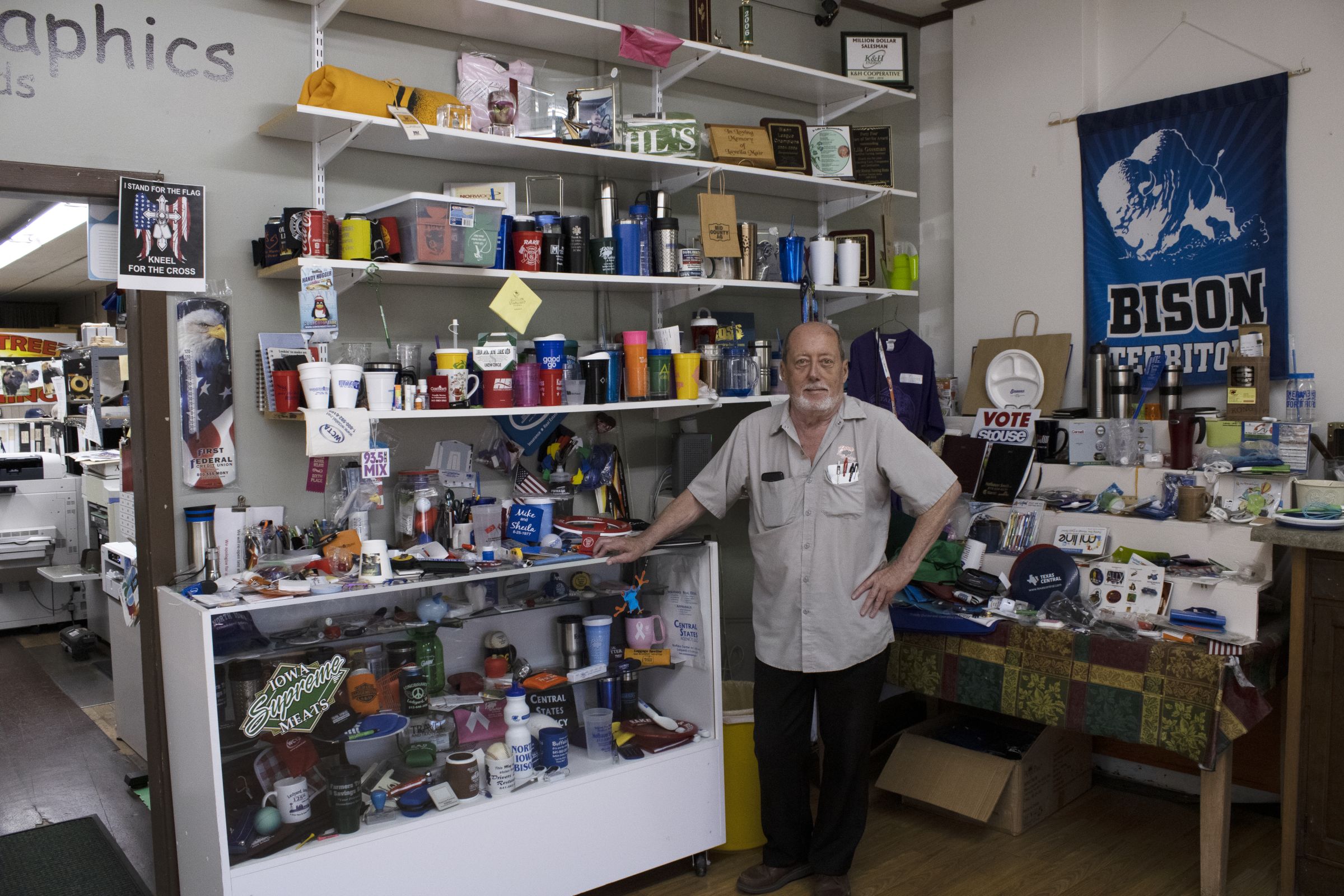 Bison Graphics & Awards in Buffalo Center is “your one-stop print shop,” according to long-time owner Alan Carson, drawing in business within an hour radius.

Most of his business lies in commercial printing, from business cards to note pads to catalogs to sales forms and much more. Carson also does custom prints on items like water bottles, koozies, coolers and just about anything one could think of. On the awards side of the business, he focuses on trophies, plaques and engraving.

Carson described the importance of having his services in the small town, explaining that not only would one have to travel to Mason City, Algona or Mankato to get prints, but it would also pull business away from other Buffalo Center stores.

Previously Al Carson Awards, Carson renamed the award shop in 2002 because he purchased the commercial printing side of the Buffalo Center Tribune and wanted to find a way to tie the town in more.

Carson got his start in the printing business in 1967 through the Buffalo Center Tribune, where he swept floors. After graduating, Carson began learning how to use the various presses; throughout time, Carson took on more and more responsibility for the paper, including graphics and advertising. He continued to work there until 2011 when the parent company moved layout and printing operations to Garner.

Through decades of experience, Carson has honed his skills, integrating the best of old and new technologies to provide the best services he can for customers.

“Some people ask me, ‘When are you going to retire? You need a hobby.’ This is my hobby,” Carson said. “As long as I can still come up here and do the things I want, I will keep going.” 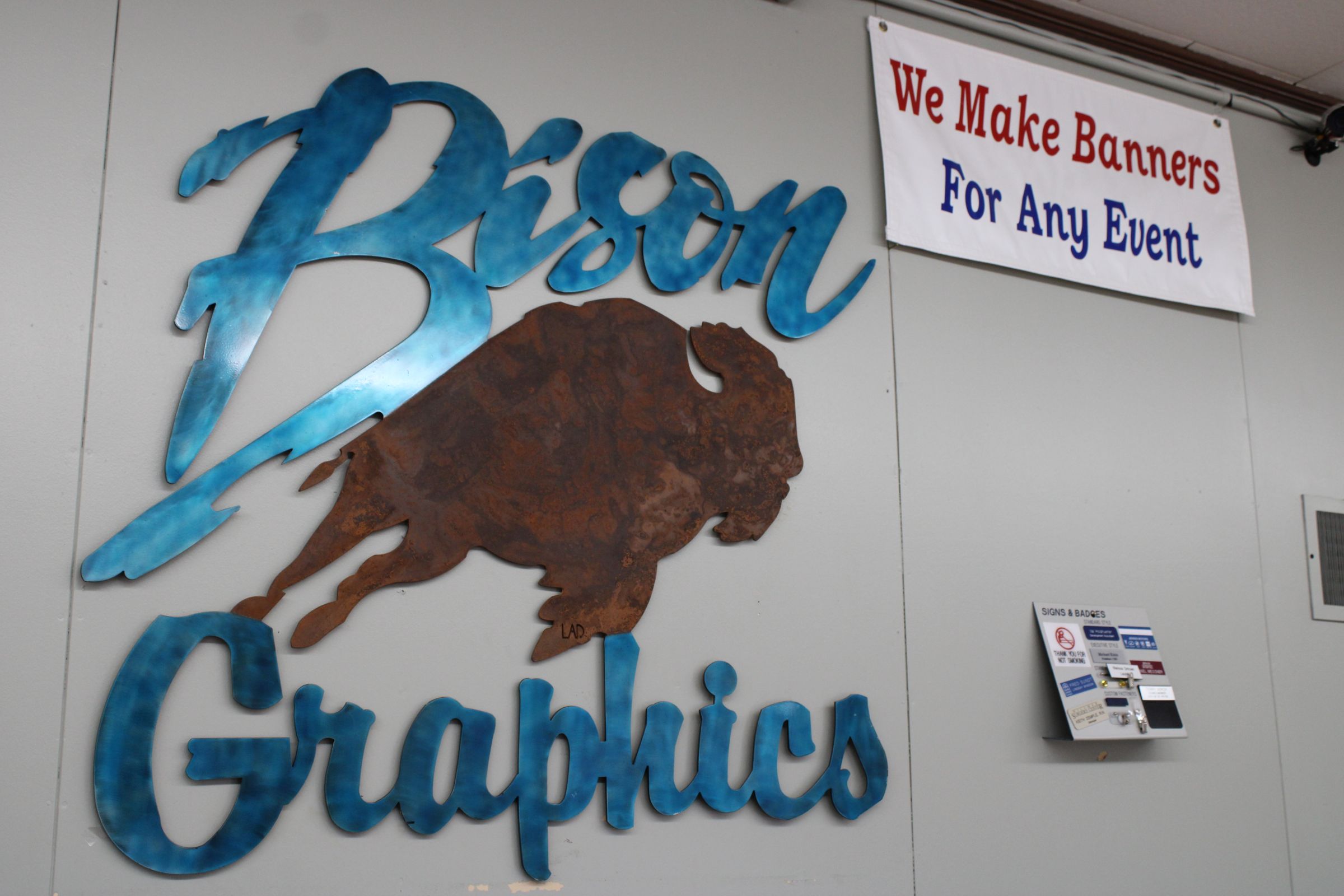 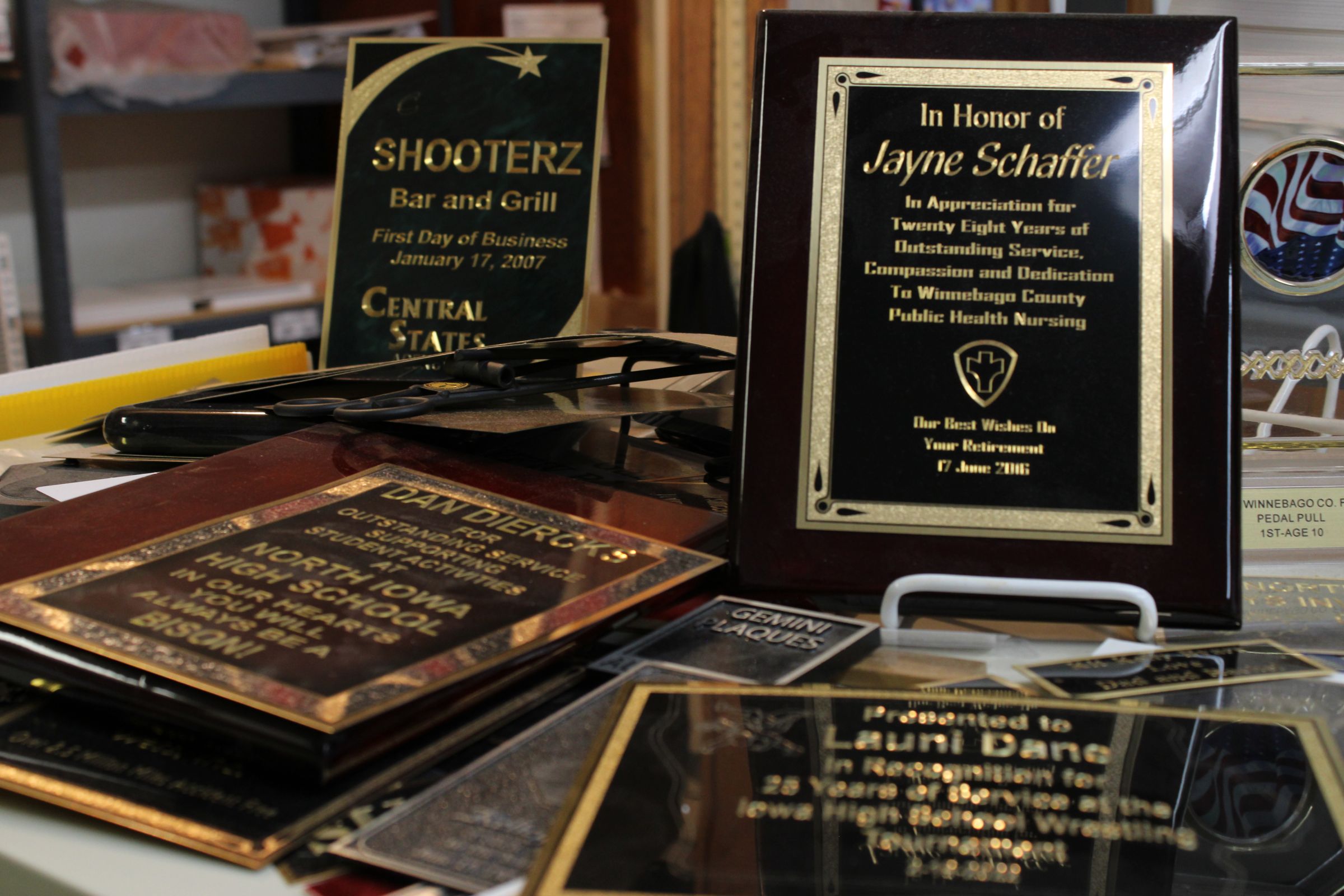 We've walked in your shoes

Sep 13 2022
They say that one should be flattered when others copy your work. We get it... and truly, we are flattered! That's to be expected when you are the consistent leader in innovation and the #1 choice of economic development professionals for 25 years. Over that time, we have seen many competitor...Continue Reading

Sep 8 2022
MASON CITY, Iowa— The NIACC John Pappajohn Entrepreneurial Center will host a free DeltaV Code 101 workshop on September 24, 2022 at NIACC from 9am-5pm. Code 101 is a free workshop where you will learn what it looks like to be a software developer through a day-long immersive course fo...Continue Reading
Add to Report View Custom Report