Meet the Mayor with Rick Scholbrock 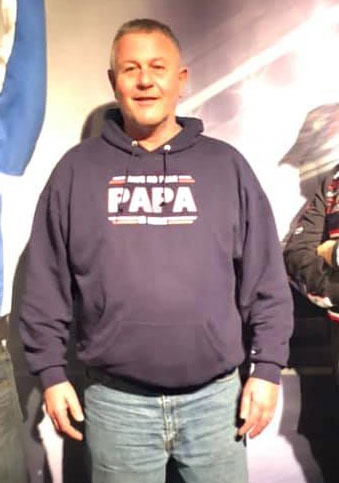 Hanlontown mayor Rick Scholbrock has been serving his town since 1995 and is looking to stay through his 30th anniversary.

Scholbrock got his start in politics when the previous mayor convinced him to join the city council. He participated for two years before being encouraged to take over as mayor.

“I like the little town,” said Scholbrock. “I always have. I’ve learned a lot of things; I’ve seen it grow, and I’ve seen it dwindle… I don’t want to see someone come in and destroy good things.”

However, roughly six years ago, Scholbrock decided it was time to retire as mayor. He claimed to have remained as such for six months before returning to office to repair damaged relationships.

During the day, Scholbrock works as a welder for Winnebago Industries and runs his side business, Kids Power Pedal Tractor Pulls.

Scholbrock feeds his passion for motorsports and collects diecast model cars in the little free time he does have. His collection consists of roughly 700 dirt late model cars and 400 NASCAR models. According to his diecast car dealer, Scholbrock has one of the country's top five dirt car collections.

Before Scholbrock settled down and started a family, he spent much of his time attending races. Here, he began collecting body panels, tires and other racecar parts, as well as race banners from all over the country.

Since he started his first term as Hanlontown mayor, Scholbrock has faced some challenges, including maintaining young members in the fire department and battling housing shortages, both of which he is still facing head-o.

Scholbrock’s favorite part of his job as mayor has been growing closer to the community and making close friends through the years.

Scholbrock believes that “everyone should spend at least two years on city council” to gain awareness and knowledge of their communities just as he did long ago.

Do You Need A Facility Manager, Project Manager, or Both?

Feb 25 2022
Delegation is one of the most important tasks of any manager — be they a C-suite executive or a line manager on the plant floor. However, the ability to delegate competently is far more complex than expected. The issue of whom to choose for which job or task, when an...Continue Reading

Feb 23 2022
Students on the brink of graduating from their community college, university or vocational technology school don’t necessarily know whether their state ranks well in workforce development relative to other states. Military personnel ending a tour of duty at a base and transitioning to the private sector are likely in th...Continue Reading
Add to Report View Custom Report